Report highlights the value of the Valley of the Racehorse 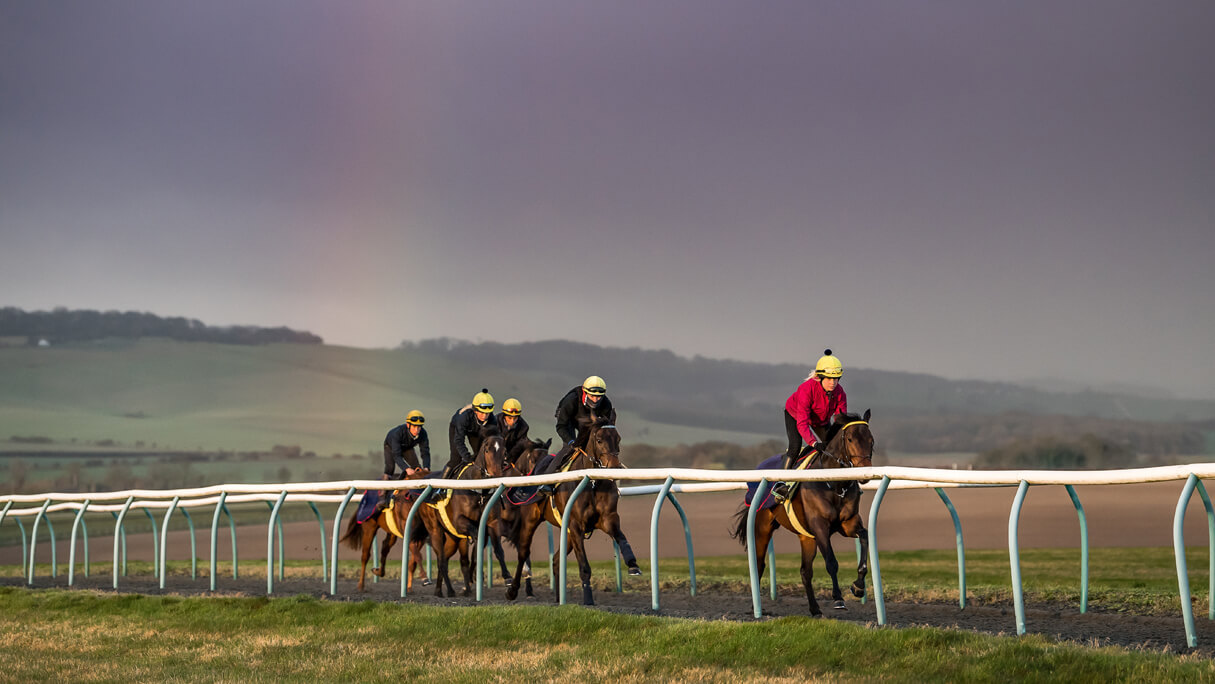 A study of the economic impact of the horse racing industry in and around the village of Lambourn has shown that it is worth over £22.6m to the economy per annum and that racing is responsible for one in three jobs in the area.

The report, conducted by SQW and commissioned by Jockey Club Estates and West Berkshire District Council, analyses the contribution that horse racing and supporting services make to the area known as the ‘Valley of the Racehorse’. The report acknowledges the role of Newbury Racecourse and the positive impact it has on Lambourn’s status as the second biggest training centre in the country.

The report, ‘Horse Racing in Lambourn Valley, the industry’s social and economic impacts’, also identifies the challenges faced by the racing industry in the area and the obstacles to further growth, such as suitable housing for staff and traffic management.

Based on data collated for 2017, the report established that within the study area (the three parishes of Lambourn, East Garston and Great Shefford) horse racing is responsible for the equivalent of 754 full time employment jobs, 30% of an estimated total of 2,500 jobs in the area.

According to the report, the direct and indirect job contributions are as follows:

The economic contribution is measured by the contribution to Gross Value Added (GVA), the combined total of wage costs and profits, and based on GVA the grand total of the racing industry’s contributions to the Lambourn area in 2017 was £22,636,162.

The report’s authors, SQW, confirm that these figures are a ‘cautious estimate’. Some activities, such as pre-training (preparing horses before they enter full training), are excluded due to insufficient evidence on which to make an accurate estimate of their contribution. However, these activities would further add to the contribution.

Furthermore, the racing industry in Lambourn remains on an upward curve and there has been an increase in the number of horses in training since the time on which the financial data is centred. For example, the number of horses using the public Lambourn Training Grounds has increased by 16% in the last two years.

The report also highlights a sustained period of growth over the last 10 years during which time a number of new trainers have moved to the area and substantial improvements have been made to the facilities on the public training grounds following over £2m worth of investment by Jockey Club Estates since 2006.

“The study is not just about the importance of Lambourn, the Valley of the Racehorse, as a pivotal centre for the horse racing industry. Its impact and importance is far reaching, not only for Newbury’s economy and the Region but for the ‘living and working rural environment and economy’ of West Berkshire’s Area of Outstanding Natural Beauty.

“We look forward to working with the Jockey Club and others to build on the industry’s success and to deliver the infrastructure that will allow it to flourish in the years to come.”

Bill Wicksteed, of SQW, who led the work, said:

“The report confirms the progress that Lambourn’s horse racing cluster has made during recent years and the potential for its contribution to increase further. However, it also highlights issues that need to be addressed to ensure that its potential is realised. Staff housing and traffic management are major issues which can only be tackled through a partnership effort by racing, the local community and public authorities”.

“Lambourn’s natural attributes make it a wonderful location for training horses and since Jockey Club Estates took on the management of the public gallops we have invested heavily in the facilities. Our objective is to attract as many owners, trainers and horses to Lambourn as we can and to further build on the progress made in recent years.

“Our thanks to West Berks District Council for their support for this project which has demonstrated the value and importance of the racing industry to the village and the surrounding area. It is vital that the racing industry in Lambourn is protected and nurtured so that it can continue to grow and its contribution to the region can increase.”

Julian Thick, Chief Executive of Newbury Racecourse, added: “This report highlights the importance and value of Lambourn and associated parties to the region. We are very proud to have such a world class racehorse training facility on our doorstep and more importantly, by working together the synergy between Newbury Racecourse and Lambourn increases the contribution and role of horse racing in the region.”

@newmarketgallop 20 Jun 2022
What a week for Newmarket trained horses! 11 winners at Royal @Ascot followed by Nashwa and @HollieDoyle1 making history at Chantilly 👏 Congratulations to the team at John & @thadygosden's Clarehaven Stables and to owner/breeder @BlueDiamondStd 🍾 #WorldClassTrainingCentre https://t.co/NM4ZMDb8h3

@lambourngallops 30 Jun 2022
Day 9 Fishers Hill - here we are thoroughly mixing the old & new surfaces together with a rotovator. This will be done several times, hopefully in red hot sunshine, to ensure a thorough blending of the two materials ☀️ 🚜 #valleyoftheracehorse https://t.co/hHTzNZogVm