In 2019 there was no shortage of success stories emanating from yards using the Lambourn Training Grounds as a number of trainers posted personal bests during the year. And there are grounds for optimism and the promise of further success in 2020.

It was also a busy year for refurbishment with Jockey Club Estates investing in upgrades to the surfaces of key gallops, including the ‘Short’ and the ‘Kingsdown Polytrack’, as well as improvements to the network of horse walks.

In terms of numbers, the success of Archie Watson continues apace with the trainer surpassing his debut century of winners in 2018 with over 130 victories in 2019. Partnering many of those was Hollie Doyle, who became a record holder in her own right. She became of one of only three female jockeys to ride a hundred winners in the UK in a season, before in December breaking the record for the most winners in a year by a female jockey.

Over jumps, Jamie Snowden enjoyed a golden autumn and had already passed last season’s total before the year end. Similarly, Harry Whittington too is on course to record a personal best for winners in a season. And although the ratio of horses using training grounds is 3: 1 in favour of the Flat, it was over jumps that Lambourn recorded its sole Grade 1 winner in 2019, when the popular and talented mare, La Bague Au Roi, won at Leopardstown in February for trainer Warren Greatrex. 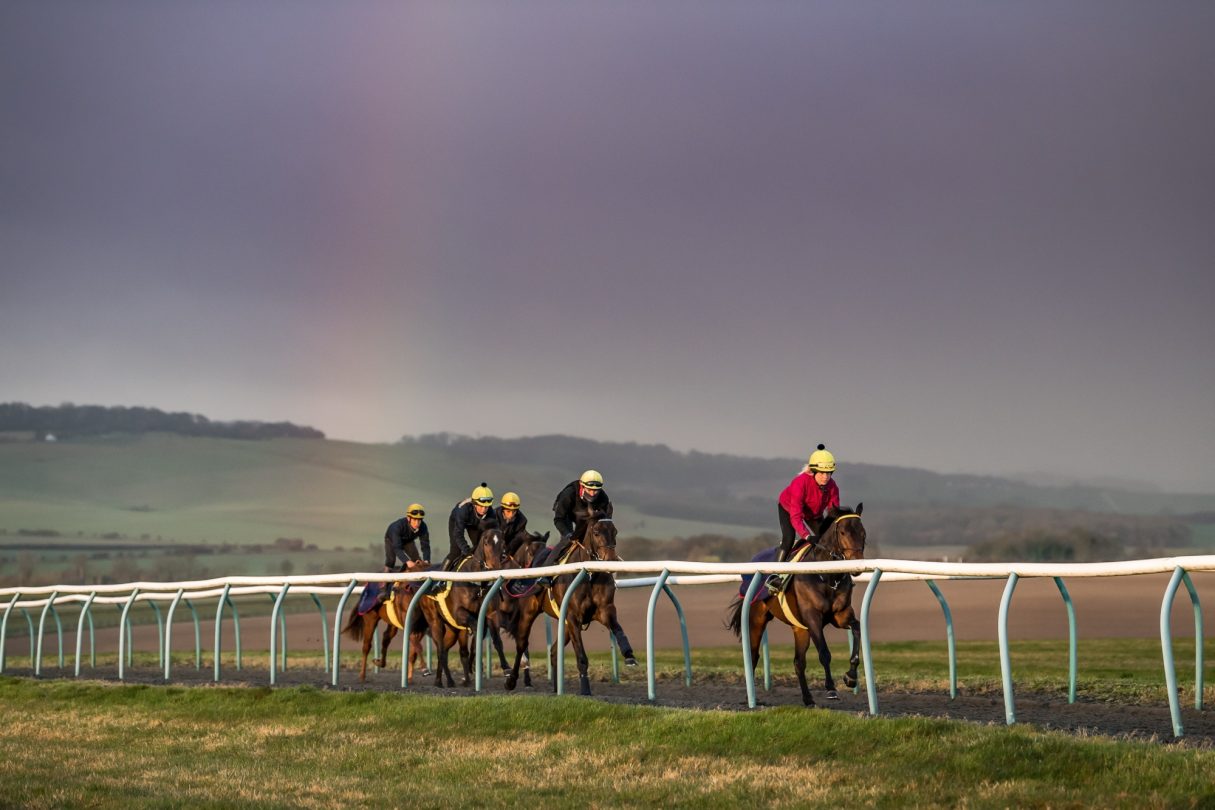 During the year, the Lambourn Training Grounds welcomed some new recruits as Tom Ward set up as a trainer, and was soon off the mark, while Roger Teal moved into Windsor House following Harry Dunlop’s move down the road to Frenchmans Lodge Stables.

Will Riggall, Jockey Club Estates Operations Manager for Lambourn, said: “It is both rewarding and exciting to see the young trainers who have come to Lambourn early in their careers enjoying success in terms of winners and attracting an increasing number of horses to train. It bodes well for the future.

“We would hope that our on-going investment in the facilities is a contributory factor. In the past twelve months our refurbishment programme has included a complete replacement of the surface on the Short gallop and a major refurbishment of the Kingsdown Polytrack, which saw over 900 tonnes of new material incorporated into the old surface. Since 2012, Jockey Club Estates has invested over £2m in improvements to the Lambourn training grounds.”

Jockey Club Estates has owned and managed over 500 acres of the Lambourn Training Grounds since 2006. Following significant investment and the addition of further gallops rented from adjoining landowners, Lambourn has re-established itself as a centre of excellence for training Thoroughbreds, with first class facilities for Flat and National Hunt horses. The facilities include eight miles of turf gallops and a wide range of recently renovated artificial surfaces of varying distance and gradient.