Once again, Newmarket can claim to be the home of champions. The decade that began with the emergence of Frankel as European champion two-year-old for 2010, closed with two Newmarket trained horses heading the list of world rankings. Enable, like Frankel, bred in Newmarket by Juddmonte Farms, and Crystal Ocean, now retired to stud, are currently tying at the top of the list in the Longines World’s Best Racehorse Rankings.

Both Enable and Crystal Ocean contributed to the haul of 25 Group 1 wins by Newmarket trained horses in 2019, with their epic dual in the QIPCO King George VI Stakes at Ascot in July providing one of the abiding memories of the season, as Enable narrowly overcame Crystal Ocean to claim her second King George.

Although subsequently thwarted in her bid for a record breaking third Prix de l’Arc de Triomphe, in 2019 Enable cemented her place as the reigning equine Queen of Newmarket, earning over £2.4m in prize money and landing a further three Group 1 races. And the good news is that she stays in training in 2020 as a six-year-old.

It was also an exceptional year for Enable’s trainer and jockey. John Gosden was once again Champion Trainer, producing 192 winners, a new personal record. In addition to Enable, Gosden’s 2019 Group 1 winners included Stradivarius, Too Darn Hot, Logician, Anapurna and Star Catcher. Meanwhile, in October, he passed another landmark, having trained 3,000 winners on the Flat in Britain.

Enable’s jockey, Frankie Dettori, also set a new personal best, winning 19 Group 1 races in the calendar year. One of year’s highlights was Dettori’s ’fab four’ on the Thursday of Royal Ascot when he won the first four races, including the Ascot Gold Cup, and all for Newmarket based trainers; two for John Gosden and one each for Sir Michael Stoute and Simon Crisford. 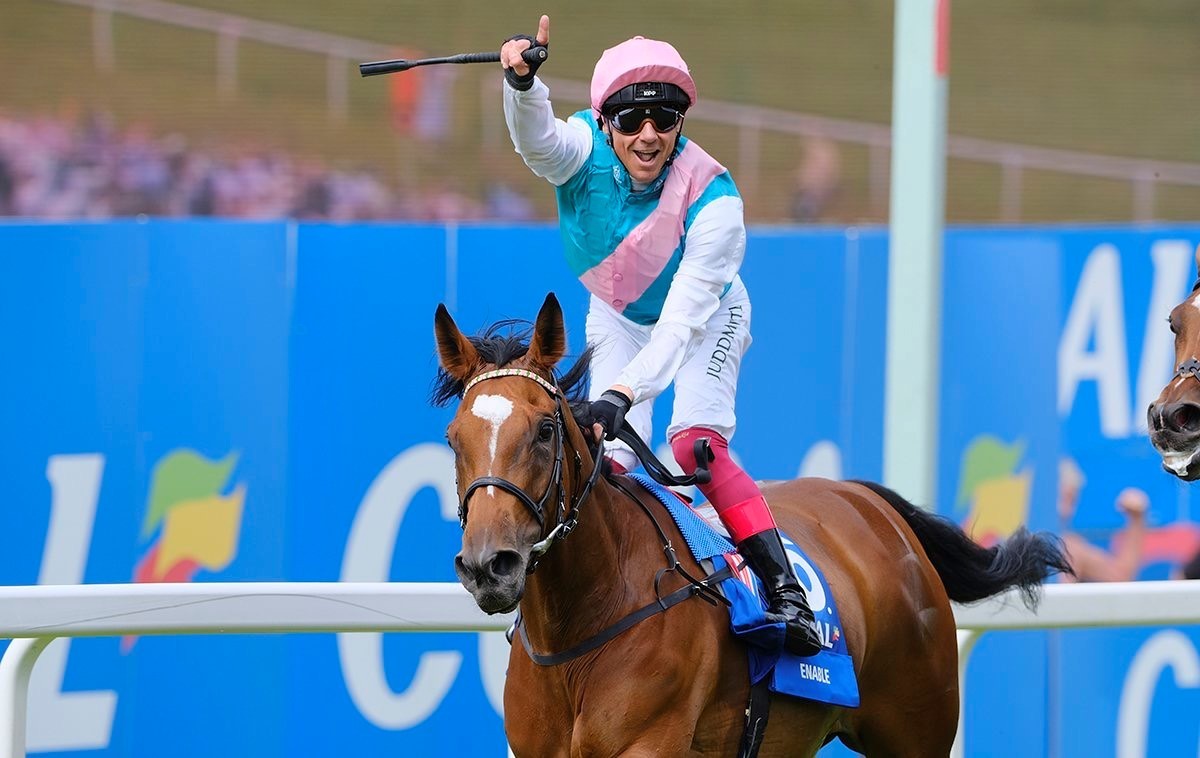 In all Newmarket trained horses won 11 races at Royal Ascot 2019, matching the return from 2018, which was a record breaking year in terms of big race success. And from January to December, 1739 domestic winners were prepared on the Newmarket Training Grounds in 2019.

It was also the year in which Mark Tompkins retired, after over 40 years as a Newmarket based trainer, and in which several newly licensed trainers set up in Newmarket. George Boughey, James Ferguson and Patrick Owens each started training, while Simon Pearce took over the reins from his mother, Lydia.

In addition, there was some notable moving of yards, as Charlie Fellowes moved into Bedford House, formerly Luca Cumani’s yard, Simon Crisford moved to Gainsborough Stables, while both George Scott and Tom Clover moved their operations into bigger yards.

Nick Patton, Managing Director of Jockey Club Estates, who own and look after the training grounds, said: “2019 was another very productive year for Newmarket trained horses. We are so proud to play host to champions such as Enable and Newmarket is unique in that the public can catch sight of these equine superstars when they are doing their daily training routines.

“The beauty of Newmarket is that the top-class facilities are open to all. So not only have big operations like John Gosden’s, William Haggas’s and Roger Varian’s enjoyed good seasons, so too have smaller yards, notably Stuart Williams, who trained 74 winners in the calendar year, and Charlie Fellowes, who moved up another rung on the ladder with his first Royal Ascot success and the move to Bedford Lodge.

“We have also welcomed new additions to the training ranks and we hope there will be more to follow in their footsteps in 2020.

“In the past twelve months our refurbishment programme has included replacement of multiple Carrstone horsewalks with all-weather material across the training grounds, refurbishment of the trotting rings on both Bury Side and Racecourse Side, installation of a pelican horse crossing on Barbara Stradbroke Avenue and further investment in training and equipment for our Heath Medics service. In total, since 2010 Jockey Club Estates has invested almost £4million in improvements to the Newmarket training grounds.”

@newmarketgallop 20 Jun 2022
What a week for Newmarket trained horses! 11 winners at Royal @Ascot followed by Nashwa and @HollieDoyle1 making history at Chantilly 👏 Congratulations to the team at John & @thadygosden's Clarehaven Stables and to owner/breeder @BlueDiamondStd 🍾 #WorldClassTrainingCentre https://t.co/NM4ZMDb8h3

@lambourngallops 30 Jun 2022
Day 9 Fishers Hill - here we are thoroughly mixing the old & new surfaces together with a rotovator. This will be done several times, hopefully in red hot sunshine, to ensure a thorough blending of the two materials ☀️ 🚜 #valleyoftheracehorse https://t.co/hHTzNZogVm